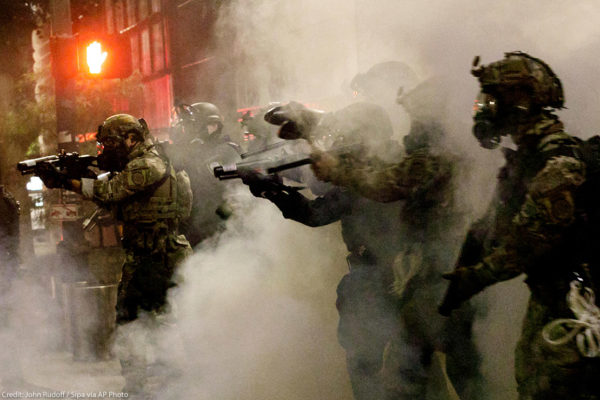 As of July 17th, reports began pouring in about protesters in Portland, Oregon being taken by unidentified federal agents, blindfolded, forced into unmarked vans, detained without their rights being read, and without probable cause.

This news is deeply disturbing to many, as not only is it a direct violation of citizen's Constitutional rights, but many have had trouble identifying the difference between far right militias and military or police in tactical gear in the past, and in many cases these violent militia groups are widely comprised of active duty or former military.

Since this news broke, several eerily similar stories have surfaced from across the country--many of these having taken place as far back as June. We'll be posting them here as we find them. If you know of an incident we've missed, please comment with details of where and when it happened and provide a link if possible.

Original source of the video here.

We will continue updating this list as more stories come out. We know of at least three more, though we're having a hard time tracking down the screenshots and what not for them right now. There have been social media posts from Oakland, Austin, and Seattle so far of the same thing happening.